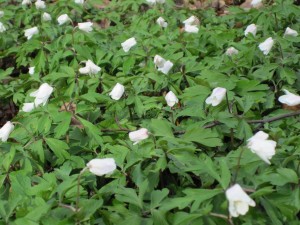 So, where shall we start this week? With spring of course, it has arrived to Brussels, as you can see.

Earlier, I mentioned the Ixelles ponds and I decided to find out more about this very beautiful part of Brussels. We need to go back a couple of years to the beginning and see where Brussels comes from. The city is actually built on a riverbed or a wetland originally. The word Brussels seems to come from an ancient Dutch word (Broek sel home in the marsh) meaning just this. The river Senne plays an important part in the founding of the city. Officially this happened in the year 979. Along the shores grew an important trade route between Bruges and Ghent, and Cologne. The commerce made Brussels expand rapidly. Today with over 70, 000 foreigners living/working in Brussels the city still plays an important commercial role in Europe. Of course the EU institutions are also an vital part of that. 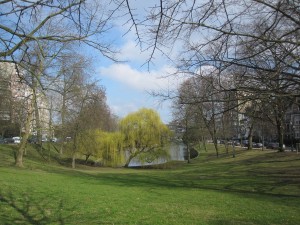 Back to the ponds of Ixelles, these were spared by a 19th-century campaign of drying the wetlands of the Maalbeek valley between the Abbey of La Cambre and Flagey Square. 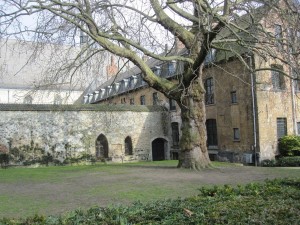 They offer a unique architectural and artistic setting. The ponds are an extension of the original gardens of the Abbey. Perfect for an art nouveau walk, with, as main representative for that style, the building of the National Broadcasting Institute on the Place Flagey. Here is also a market on Saturdays, quite nice to visit (hrs:08-13).

Walking or running is a normal exercise for us and this Sunday we did a nice walk near Seneffe. Here we found a masterpiece of classical architecture, the grey-stone castle of Seneffe, is a must see. The castle has fine examples of 18th-century parquet, wooden skirting, moulding, furniture and silverware. The castle also contains a unique silver museum and a lovely park. 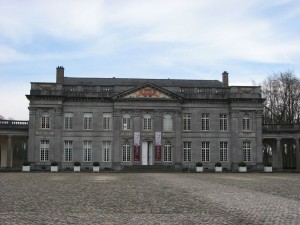 On the way back we visited the impressive St Gertrude’s Cathedral in Nivelles from 1046. The cathedral is well worth a visit and it is very close to Brussels, just ½ hour due south of the city. 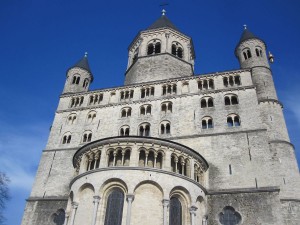 Lunch time in a local restaurant in Nivelles where we had Stoemp which is a dish in the cuisine of Belgium and the Netherlands. It consists of pureed or mashed potatoes, other root vegetables and can also include cream, bacon, herbs and spices. It was served with sausage and bacon, quite on the heavy side but tasty. 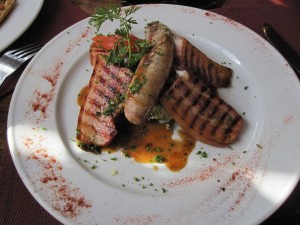 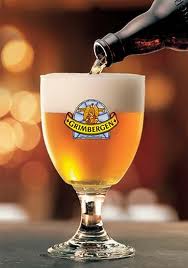 This week I chose one of the so called Abbey beers. It is a range of strong ales but they are not made in monasteries. You may say that it is the commercial breweries answer to Trappist. Some have names indicating a business relationship between an abbey and a commercial brewery. Several of these monasteries did actually brew in the past and the idea is that the Abbey bears are brewed using the old recipes. The Norbertine abbeys of Leffe and Grimbergen, for example, have royalty agreements with breweries. One of these beers is Grimbergen Blond, an average beer (6,7 %) brewed by Alken-Maes Brewery today owned by Carlsberg. They also brew other known beers like Maes Pils, Kronenbourg (also owned by Carlsberg), Ciney among others. This beer has some similarities with Leffe Blond. It is a however a little bit sweeter and quite good.

Food ; Stoemp with sausage and bacon

Point Of Interest: St Gertrude’s Cathedral in Nivelles and the Castle of Sennefe