Oh yes, spring is definitely here. Japanese cherry blossoms of course and they are just around the corner from our flat, just like the magnolia trees. 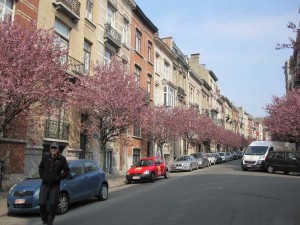 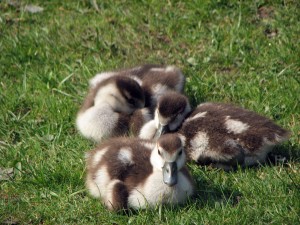 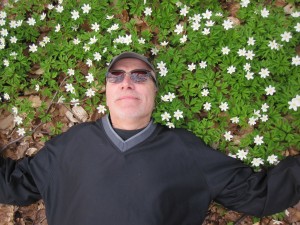 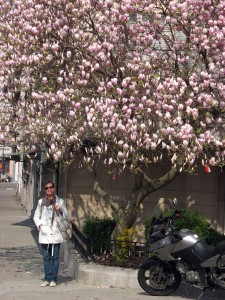 We took the tram no 81, down to the Justice building. One has to be careful with the trams they are big, fast and always right of way. Jumped off at the Galgenberg hill, where in the Middle Ages criminals were hanged, now the spectacular Brussels Palace of Justice building is there with a grand view over the town. 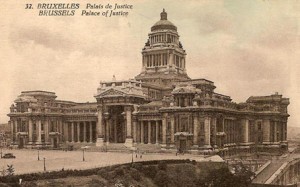 It is the most important Court building in Belgium and is a notable landmark of Brussels. The building was designed during the reign of Leopold I in the eclectic style by architect Joseph Poelaert and ready after 17 years in 1883. It is the biggest building constructed in the 19th century. Due to the huge size of the land needed for the construction many people needed to be moved. As a result of the forced relocation of so many people, the word architect became one of the most serious insults in Brussels. To Pope Leo XIII’s anger the Brussels Palace of Justice came to be bigger than St. Peter’s Basilica in Rome. The building is currently 160 by 150 meters, and has a total built ground surface of 26,000 m². The 104 meter high dome weighs 24,000 tons. 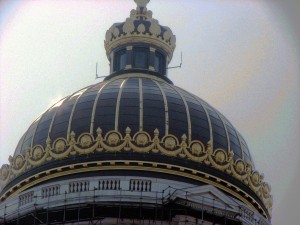 The pope made an agreement with Leopold I that there shouldn’t be any cupola to avoid comparison with a church. However Leopold I died before the construction started and Leopold II decided to put a cupola on it anyway.  Adolf Hitler was very fond of the architecture and this influenced other Nazi buildings. The archive kept there during the war was destroyed by a fire. As a result the cupola was demolished but rebuild 2,5 meters higher. 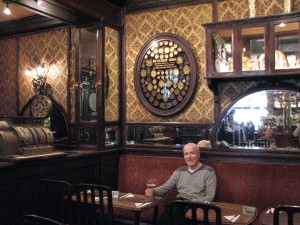 The tram journey continued downtown and we strolled over to the old Bourse. Now it was lunchtime and we stumbled into a nice typical Belgian café.

Taverne Le Cirio was founded by Francesco Cirio, a farmer who ran a successful tomato canning business in the 1800′s. He started a chain of small taverns to promote his products; Le Cirio was built in 1886 and most likely the last one. It is famous for the half en half, white wine and sparkling wine mixed.  The place itself is a marvellous retreat of perfectly preserved Art Nouveau: stained glass, ornamental brass, carved wood and marble-topped, iron-legged tables, with toilet facilities that are also magnificently antique. Outside you see the old Bourse building and inside you can have a beer or coffee. It is a very relaxed and laid-back atmosphere in this genuinely likeable bistro.

With this background I had Carbonnades flamandes, a Flemish beef stew. 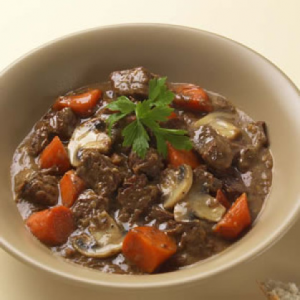 This is the national dish of Belgium. The taste is hearty and satisfying and they use a lot of dark beer in the preparation. Accompanied by a glass of Belgian beer, what more to wish for on a warm spring Sunday? 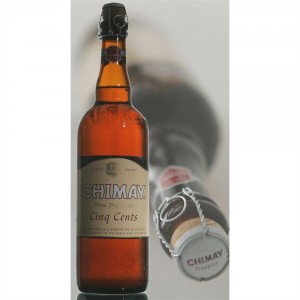 This week I tasted one of the Chimay Triple Blonde 8%. This top fermented Trappist beer, refermented in the bottle, is not pasteurised.  It has a golden slightly hazy colour with a carbonated and nice bitter after taste. Not the best tripple but very nice indeed.

Point Of Interest: Palace of Justice