A tropical heat wave has hit Brussels over the last couple of days. With temperatures well over 30 degrees it is definitely summer. Last week was a short week in Brussels due to midsummer. This meant I had to go back to Sweden for a couple of days. Swedish midsummer is something special and well known all over the world. The best place to celebrate it is of course in Sweden. 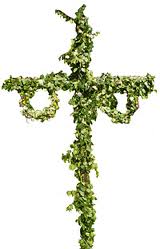 In Brussels there are some celebrations at the Swedish School in Waterloo which involves dancing around the maypole and other festivities. This event is arranged by the Swedish Club “Svenska Klubben”, an organisation for people living and working in Brussels (www.svenskaklubben.be ). The group has been around for nearly 40 years and have regular activities like information about EU, cultural events, lectures and visits to companies and EU institutions.

There are several churches in Brussels, one of the more impressive one is known as Koekelberg Basilica with a massive green copper dome 89 m above ground. It is a well known landmark entering Brussels from northwest. 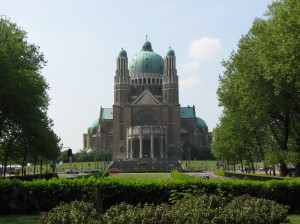 The official name is the National Basilica of the Sacred Heart and it is a Roman Catholic Minor Basilica and the parish church in Brussels. King Leopold II’s thought initially of leaving it as a lasting legacy based on the French model but changed the idea to a basilica church dedicated to the Sacred Heart, one he had been impressed by seeing when on an official visit to Montmartre and Sacré-Coer in Paris. The construction began in 1905 but took quite a while to finish. The church was completed in 1969 due to the two World Wars. It is one of the ten largest Roman Catholic Church by area in the world.

As mentioned in some earlier blog the term “Trappist” is strictly defined and presently only seven breweries in the world are permitted to use the term, and to apply the logo “Authentic Trappist Product” to their merchandise, which can include bread, cheese and various other products as well as beer. Six of the monasteries (Achel, Chimay, Orval, Rochefort, Westmalle and Westvleteren) are in Belgium while Koenigshoeven (La Trappe) is in the Netherlands.  I have so far tested 6 of them but the last one La Trappe has to wait a little bit longer. 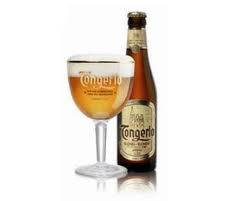 This week it is another Abbey beer Tongerlo Blonde. Quite a nice experience it has a hazy golden color, a little bit bitter but with a soft finish. Not in the top but not in the bottom either.  It is definitely a very drinkable Belgian beer.

Tweet
This entry was posted in Weekly reports and tagged Belgian Beer, Point of Interest. Bookmark the permalink.