Brussels in the cold…

The cold weather hit Brussels like it did with the rest of Europe, no escape for us. The temperatures are still well below -10 during the night, which was somewhat unexpected. Normally it is between 1-6 degrees over zero.

This gives us a perfect opportunity to visit some of the many museums here in Brussels.

Museum of Natural Science was first on the agenda. They have one permanent exhibition with terrestrial minerals, mollusks, shellfish, insects etc. The Dinosaur Gallery, with more than thirty complete skeletons and numerous dinosaur fragments is the largest dinosaur exhibition in Europe. The Gallery of Evolution is unique in Belgium! No fewer than 600 fossils and 400 animal exhibits tell the story of animal biodiversity over the years. 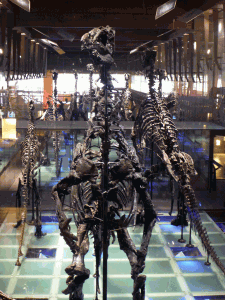 The museum was founded 1846 and shortly after in 1878, the largest find of Iguanodon fossils (dinosaurs) to date occurred in a coal mine at Bernissart in Belgium. At least 38 Iguanodon individuals were uncovered, of which 30 (complete skeletons) are on display since 1882. They were quite large creatures 10-13m and weighed up to 3 ton. Since 2007, a completely renovated and enlarged dinosaur hall of 4,580 m² is the largest dinosaur hall in the world. This is definitely worth a visit and is very impressive. The whole museum is nice, informative and a day here is well spent. 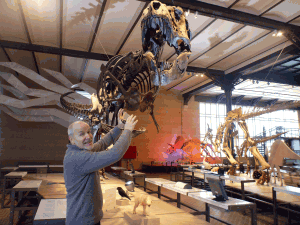 Next museum visited was the AutoWorld, another very impressive show in Brussels. AutoWorld is a vintage car museum and located in Jubilee Park just to the right of the arch below. 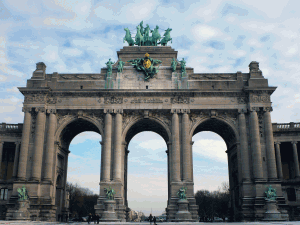 It has a large and varied collection of 350 old cars, European and American automobiles from the late 19th century until the seventies. It is said to be one of the biggest presentation of old timers in the world at least in Europe anyway. 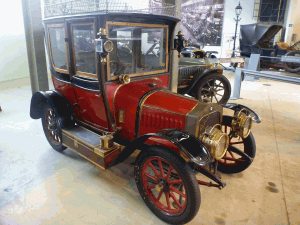 The showroom includes cars like the one above eactly 100 years old and also Minervas, such models as a 1928 Bentley, a 1930 Bugatti and a 1930 Cord, and several limousines which belonged to the Belgian Royal Family. This was a very educational visit where you can follow the history of the car since its early days. The museum is open all days of the week. 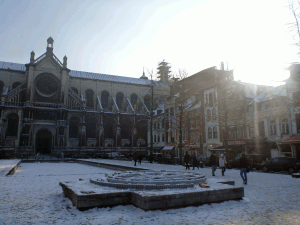 For lunch we went to Place Sainte-Catherine, it is sometimes referred to as the old fish market. Its quays, which were filled with fishing boats in the early days, you will today find assorted fish traders and restaurants as the last reminders of the original activity found on this square.  These days it is surrounded by some of the best seafood restaurants in the city. However not on our menu today because we heard about a gourmet burger place, Ellis. 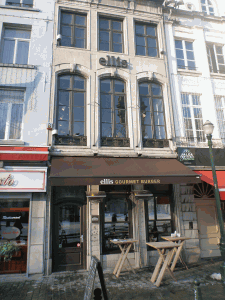 They serve perfect homemade burgers in all forms and shapes including ones with lamb, chicken and salmon. Nice place, fast service, decent prices and very good burgers.

Afterwards we were craving for some sweets, through recommendation’s we visited a place with delicious pastries Fabrice Collignon in Ixelles. 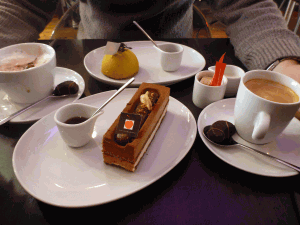 I will not mention anything about the banana beer left from last week. Heaven help me nothing to write about! But at Ellis I had a Maredsous Blond 6% with the burger. This is an amber coloured beer. It reminds me of Leffe or Grimbergen Blond. It is rather agreeable with a sweet aftertaste. 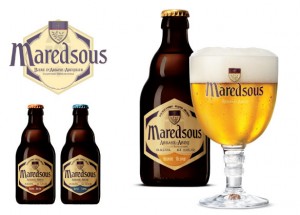