So it finally came, the last real weekend of the summer and by that also end of vacation. However it turned out to be an amazing weekend with temperatures close to 30 degrees. This must have been one of the hottest days this year. 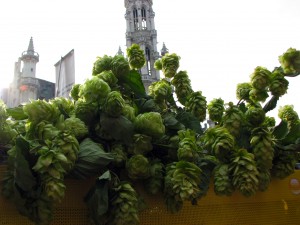 Timing was superb with Brussels annual Beer Festival, what more can you wish for? Brussels and Grand Place were bustling with people and activities. 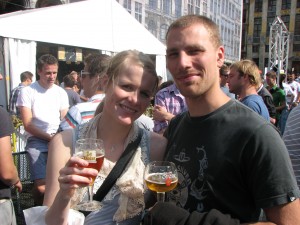 Silly beers at the Beer Festival

The Festival opened on Friday; first you buy some beer capsules which you then use for payment in the beer tents. You have a superb choice from Westvleteren to some beers you not even heard of. 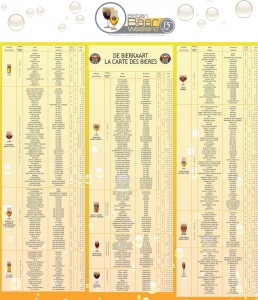 Here you have the full selection, if you can read without a magnifying glas.

There was also a lot of music and people were singing and dancing in the streets. Every outdoor establishment was completely packed not only around Grand Place but also all over Brussels.

On a typical weekday evening people usually gather for an after work drink at some of the many squares around Brussels. On Wednesday’s the place to be and to meet people is Place du Châtelain (Kasteleinsplein) with its afternoon market (14-19). Especially when the market closes the atmosphere is high. The area is crowded with small bars and restaurants of course you could also take something to eat from one of the many food stands in the market. They serve different small dishes including white wine and oysters. The square is just off Avenue Louise not far from the Ixelles ponds. 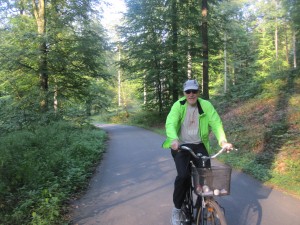 Biking in The Soignes Forest

The weather this week was mostly very nice, so one warm evening my wife and I took out the bikes and cycled down to the Aboretum in Groenendaal. It is a small arboretum in the Soignes Forest about 20K from Brussels centre. 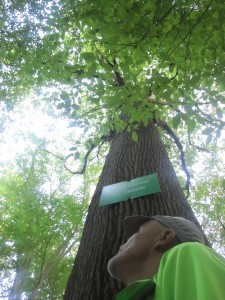 The road out of the city is very beautiful and most of the time perfect for cycling.

The forest is green, the hills inviting and they give you a relaxing and enjoyable ride. 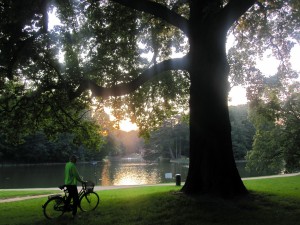 Sunset on the way back

One thing I got curious about is the different number plates on the cars here in Belgium. I found out that they normally are linked to the person not the car. So you actually take your plate with you when you change car and that is the reason why you can see old and dirty plates on new cars. The number plate has a white background with red numbers and letters. In November 2010 Belgium introduced the standard European format as one of the last EU member states to do so. Of course there was a lot of hassle before there was a decision to preserve the red-on-white colour although a darker shade of red instead of EU standard black and white. Over the years there have been different variations like 5 characters: one letter and four numbers or two letters and three numbers. Later plates used a combination of three letters followed by three numbers: “AAA-111”. In June 2008 a new pattern was introduced with the numbers in front: “111-AAA”. Confusing? okay I better leave it there. 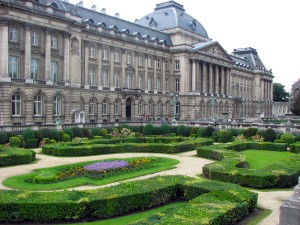 Open house at the Royal Palace

The Royal Castle, mentioned in earlier blog, open its doors a couple of weeks each summer. This was the last weekend it was opened to the public so I decided to pay the monarchs’ home a visit. You can walk around the rooms, corridors and monumental staircases and admire the priceless collections and decorative art originating from every continent. Obviously special attention goes to the party hall and the throne room. For several years this event has been the perfect occasion for His and Her Majesty to promote art, culture and sciences. This year an exhibition on chemistry and art is held in the ‘Grande Galerie’.

I found a silly beer at the Beer Festival which I haven’t seen before. It comes from Silly a village lying in the Ath, Enghien and Soignies triangle and is crossed by the Sylle, the river from which the village takes its name. Silly possesses a brewery that was founded in 1850 as Cense de la Tour, and that is today operated by the 5th generation. 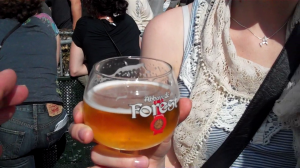 De Silly beer Abbey de Forest 6,5 % was a good choice. This is a triple style top fermentation beer fermented again in bottles. It is lightly scented aroma followed by a subtly bitter taste.  I would say a very nice beer and not so sweet as some other Abbey beers usually are. 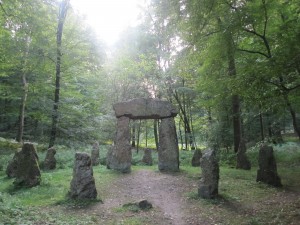 Point of Interest: Aboretum in Groenendaal