So it is Christmas for us, for the first time here in Brussels. It was drizzling and a little bit gloomy but the city tried its best to get spirits up. At Grand Place the traditonell illuminated light show was on, sponsored by Electrabel (the big Belgian electrical company)


It was rather quite, not too many people were out this Christmas Day evening. At Grand Place we also got some music entertainment with a small group of people singing gospel tunes.

Although there was no real snow in Brussels this year, it was still possible to ski down 150 m down Rue Monts des Arts! 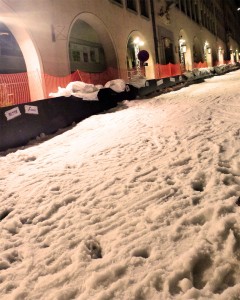 The Brussels Christmas Market is still open over the holidays (as mentioned earlier) and comprises of some 240 chalets selling Christmas gifts.  You may find all kinds ofsmall gifts from handicrafts, small textiles, leather goods, soaps and candles, jewellery, handbags and of course toys.

On Christmas Eve we stopped by the Abbaye de la Chambre and listened for a while to an African Choire ensemble,  a very different Christmas experience.

After the walk something extra was needed. A creamy, warm and strong eggnog  was perfect on this chilly Christmas Eve (eggs, sugar, cream, milk, rum, apricot brandy maybe some whisky as well on top nutmeg and orange) while we all were waiting for Santa.

This year we had the traditonal Swedish dishes for Christmas Eve (heering, snaps, brown cabbage, ham, sausages, potato/heering sallad, red beat sallad and Janson for a late snack). On Christmas Day the turkey was on the table with all the trimmings including Yorkshire pudding. We usually have fish and rice pudding one of the days, so also this year. Of course a traditional rime goes with it.

I still have some Christmas ales to taste before the holidays are over, so this week you get my views on three of them;

St Feuillien Cuvée de Noel, in a 75 cl bottle, this beer with its dark ruby brown colour has a very intense aroma. There is a slight, very nice bitterness and good balance between the different flavours. Very tasty Christmas Ale which I shared at home with some friends. 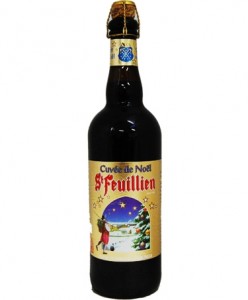 We stopped by Delirium, after the light show at Grand Place and tried some more of the Christmas beers, before the holiday was over. 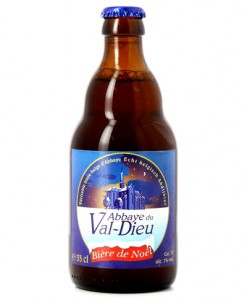 Abbey du Val Dieu Noel 7%,  This is a light brown beer with a sweet candy sugar aroma and some taste of orange, it is a little bit too sweet but still OK. 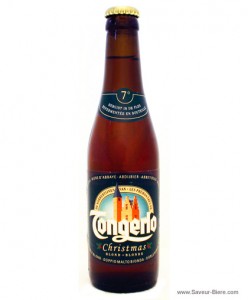 Tongerlo Noel 7% Copper-coloured beer, wich has a touch of vanilla in the aroma. It has a nice and smooth aftertast and goes down quite easy.

Tweet
This entry was posted in Weekly reports and tagged Belgian Beer, Locations. Bookmark the permalink.