As many other cities in the world Brussels also has problems with traffic but not this Sunday. The lack of cars makes a huge impact on a city. The European Mobility Week is an awareness raising campaign aiming at sensibilising citizens to the use of public transport, cycling, walking and at encouraging European cities to promote these modes of transport and to invest in the new necessary infrastructures. 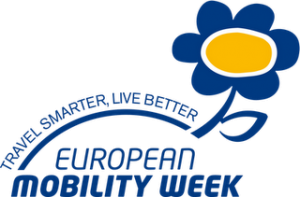 From 16 to 22 September 2011 the Mobility Week is the opportunity for European cities and towns to participate to the most widespread event on sustainable mobility.This year 1,996 cities participate all over Europe. I took a run in the city this Sunday to give my contribution and find out a little bit more.

It gives people space to think about what our urban streets are really for and to debate concrete solutions for tackling urban challenges such as air pollution. Local authorities are encouraged to organize awareness-raising activities around a given theme as well as to launch permanent measures that will improve the situation of sustainable transport in their city.

It was amazing to see kids biking in the streets with otherwise heavy traffic. Thousands of bicycles and also rollerbladers were taking over the streets of Brussels.  Although the rain, later in the afternoon, took the edge of the experience it was still a nice feeling. Brussels is placed conveniently in Europe and has a good infrastructure of trains and buses. This makes it is easy to move around. My job also takes me to Holland/UK  and direct trains to Haag and Amsterdam every hour (2-2½ travel time) is definitely no excuse not to take the train. The rush hour traffic in this region is nothing you take easily. From the railway station in Midi you can also take the high speed train to London (2 hours) or to Paris (1½ hour)

Bruges has some nice beers and is also the home of the “De Halve Maan” the only family brewery in the centre of Bruges that is still active. De “Halve Maan” is situated in the heart of the historical town. 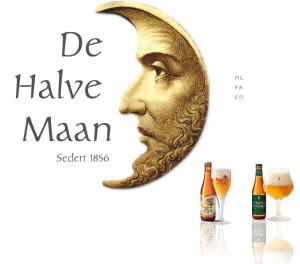 Brewery ‘De Halve Maan’ (The Half Moon) can go back on a very long history. Already in 1564 the town register mentions the existence of the brewery ‘Die Maene’ (The Moon) on the Walplein. In 1856 Leon Maes, also known as Henri I, becomes owner of the property. After some ups and downs over the years in the 80’s the interest for traditional regional beers increased. Véronique, daughter of Henri IV, launched a new special beer in 1981. It was a blond beer of high fermentation and it was instantly a success. The beer was a bit stronger than other beers and that is why it got the appropriated name of ‘Straffe Hendrik’ (Strong Henri).  So this week it is Straffe Hendrik Brugse Tripel Bier 9.0% on the menu. This is a surprisingly pleasant triple beer with a nice bitterness and strong taste with a lot of hop. The second fermentation in the bottle makes it possible to store it for a long time. Who wants to do that?

Tweet
This entry was posted in Weekly reports and tagged Belgian Beer. Bookmark the permalink.