It is autumn and really nice weather so a trip to the countryside was on the agenda this weekend. 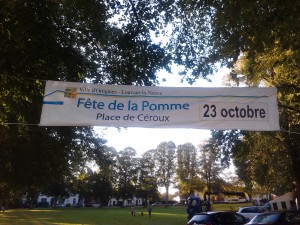 By coincidence we stumbled into a Fête de la Pomme in the small village of Céroux, 40 km south of Brussels. There fresh apples and newly pressed apple juice was for sale.

After that we went for a run in the forest outside the village. It was a really nice run through an old forest Bois de Sart des Dames.

Here and there lovely small cottages were hidden behind the beautifully coloured autumn leaves. 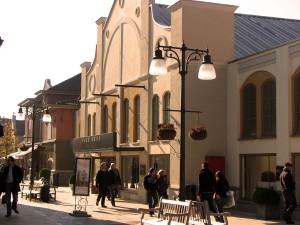 On Saturday it was time for some serious shopping, after an hour’s drive  Luxury Designer Outlet of Maasmechelen Villagewas reached.

This is a very large shopping mall where the shops were located in Disney like townhouses. Here one will find all the fashion brands one can imagine. There were also a couple of restaurants and a very large parking place. 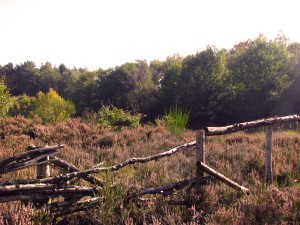 After the shopping it was decided that a change of views were in order and a short drive took us to The Hoge Kempen National Park. The park covers more than 5,000 ha and stretches across the municipalities Dilsen-Stokkem, Maasmechelen, Zutendaal, Lanaken, Genk and As. 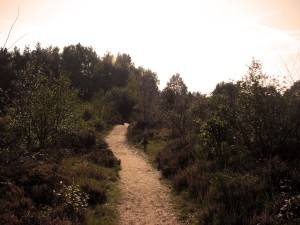 The Hoge Kempen is the largest woodland and nature reserve in Flanders. Extensive pine woods alternate with purple flowering heathland. Large lakes were left behind where sand and gravel were extracted. The highest ‘peaks’, 100 meters high, offer magnificent views.

It is home to many rare and exceptional animals. Encountering a roe is not exceptional and butterflies like the swallowtail butterfly brighten up the summer. Special inhabitants are the slippery snake, the antlion and the European beewolf. Large stones and small boulders attest to the last ice age and lend it all a magical feeling.

We took a shorter walk from the gateway Mechelse Heide, wrong time of year to see the colours of the heath but definitely a place to visit again. There are miles of walking and cycling paths and in addition the park can be entered from 5 different directions through special gateways.

On the way back the girls missed some shopping and we stopped by one of Brussels largest shopping malls in Woluwe The W Shopping at rue St Lambert . I guess we got the last parking place and it was absolutely full but what to expect on a Saturday afternoon. There is however a Metro station close by Roodebeek station so you don’t need the car unless you have a lot of shopping to do.

Take your agenda and put a big circle around Thursday 3rd of November. That day the famous Westvleteren Trappist will be available in the supermarket. The first time in the lifetime of Westvleteren, because before you had to go to the abbey in West-Flanders to obtain a box of bottles. 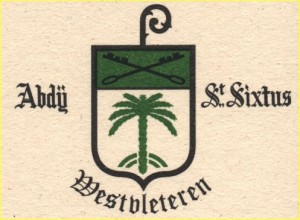 It’s a limited offer of a box with 6 bottles of Trappist Westvleteren and 2 degustation glasses for only 25 EUR. To buy this limited offer, you need to use a coupon you find in some Belgian newspapers and magazines: (De Standaard/Knack/Le Vif). In total 93,000 boxes will be sold. The revenue of this exclusive offer goes totally to the rebuilding of the trappist abbey in Westvleteren. 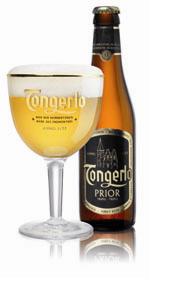 The beer this week is Prior Tongerlo Triple 9% from Haacht Brewery. It is a malty blond Abbey  beer with a bitter and a bit dry taste. This was quite a decent tripel.