What is in Leuven?
A/ The region’s largest and oldest university (Katholieke Universiteit Leuven)
B/ The world’s largest brewery group (Anheuser-Busch InBev)
C/ UNESCO world heritage site (The Grand Béguinage of Leuven) 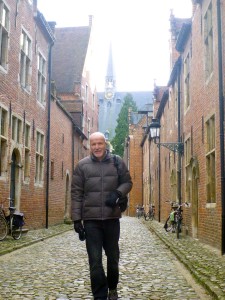 Just a short (30 km) drive north east of Brussels is the capital of the province of Flemish Brabant in the Flemish Region of Belgium. It is an old city mentioned already 891 when the Vikings were around the area. In the 18th century Leuven became even more important as a result of the flourishing of the brewery now named AB InBev, and whose flagship beer, Stella Artois, is brewed in Leuven.

The city was heavily damaged during both world wars but was re-build by different charities. 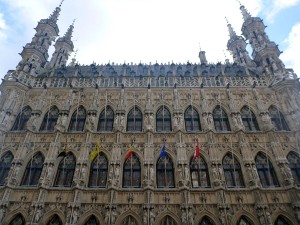 There is a lot to see like the Town hall at Grote Markt with the monumental St Peter’s Church just opposite. Voirste Huys (front house) is the well-known front of the Town hall and was completed in 1469 and bears some influence from Brussels. It was damaged during the wars but was re-built. 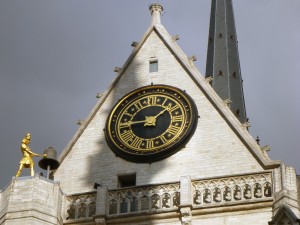 Today Leuven is a student city with a very lively bar scenes including Belgium’s longest bar and the smallest one. 37,00 students with more than 5,000 international ones and with a staff of 10,000 people it is a big university. Of course the University buildings (some from 1425) are also a dominating part of the city. 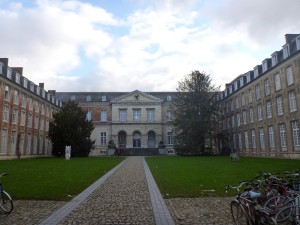 One of many university buildings

Another interesting part of the city is The Grand Béguinage of Leuven (Groot Begijnhof). It is a well preserved and completely restored historical quarter containing a dozen of streets in the south of downtown Leuven. 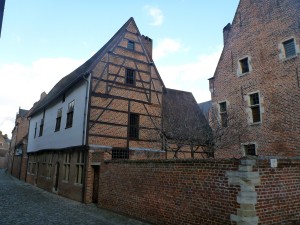 With some 300 apartments in almost 100 houses, it is one of the largest still existing béguinages in the Low Countries. The béguinage stretches on both sides of the river Dijle, which splits into two canals inside the béguinage, thus forming an island. Three bridges connect the parts of the béguinage. 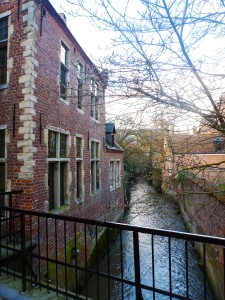 The complete béguinage is owned by the University of Leuven and used as a campus, especially for housing students and academic guests. It was built around 1232 and is today a UNESCO World Heritage site.

As explained in an earlier blog (from Bruges) the Beguines was not really a religious order but a society of women whom due to wars and other problems turned themselves away from the world and devoted themselves to live in humility where God had his place. There were also mystical ingredients with ecstasy and visions during their services.

Beer: Stella Artois 5,2% is today brewed in over one billion liters per year. During 2007, the “reassuringly expensive” slogan was dropped, and the word “Stella” has been avoided in the advertisements. 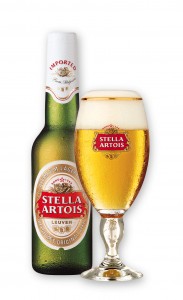 This has been seen as a reaction to the lager’s perceived connection with aggression and binge-drinking in the United Kingdom, where it is nicknamed “wife beater”.

Stella Artois is one of the world’s best-selling beers and is available in more than 80 countries. It is a typical lager well suited to a basic meal. Nothing special but still one of the best everyday beers.