Not very far, just ½ hour north west of Brussels, is the wonderful city of Ghent. 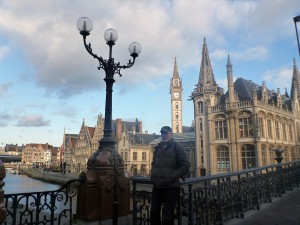 Many times overlooked compared to its better known neighbour Bruges. Ghent is the capital of East Flanders and today a busy city with a port and university. What not many know is that it was one of the largest and richest cities of northern Europe during the Middle Ages. Today it is the second largest city in Belgium. 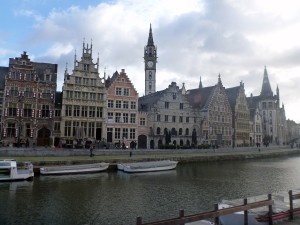 The word Ghent most likely comes from the Celtic word Ganda which means confluence and fits because the city started as a settlement at the joining together of the Rivers Scheldt and Lys.

During the later part of 800 the city was attacked twice by the Vikings but survived and flourished during the 11th century to 13th century when the city was even bigger then London and second to Paris as the largest in Europe. 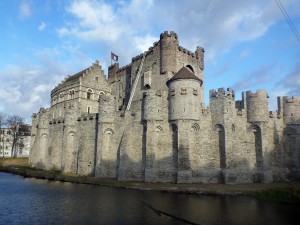 Today you can still see evidence from this period in the Belfry and the towers of Saint Bavo cathedral and Saint Nicholas Church; all impressive skyline from those golden times. 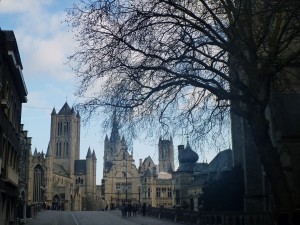 The towers of Ghent 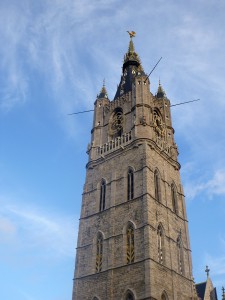 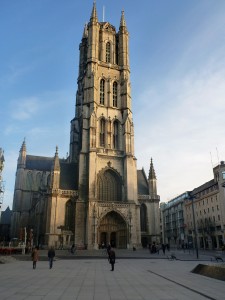 I had a delicious ‘Stoverij’, the classic Flemish meat stew, preferably made with a generous addition of brown ‘Trappist’ (strong abbey beer) and served with french fries. The restaurant Stropke Brassiere (http://www.brasserietstropke.be/) near the castle is a nice old place with good food and service. 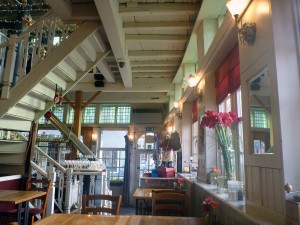 The people of Ghent proudly wear the nickname ‘Stropke’, which is actually the round part of the rope through which a convict has to stick his head before being hanged. The citizens of Ghent received this name because of the punishment inflicted on the city by its most famous citizen, Emperor Charles V. They also have a very nice locally brewed blond house beer Stropke. A little bit perfume in the taste but quite nice. I also tried a more well known local one from Ghent. 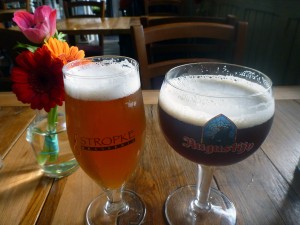 Augustijn started 700 years ago, in 1295, the Augustijner-abbey of Gent was created. That’s the reason why 1295 is printed on every bottle of this abbey style ale. Today it is licensed to Brewery Van Steenberge, situated a few miles north of Gent in a small village, called Ertvelde. Agustijn Donkel is a dark ale of 7%. It is a little bit light not very complex taste and easy to drink.